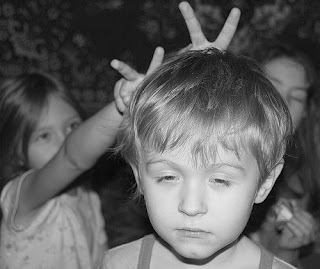 A Creative Commons-image from Ooki_Op.
The problem with inviting people out somewhere is that they often invite people of their own; the latter are bound to be people you don’t like. If you liked them, you would have invited them with in the first place. Dreaded is that question: “Would you mind if I invite someone with?” Now, one can’t say no – that wouldn’t be nice. So I follow my hospitable upbringing and concede to the request, but all the while my thoughts are bemoaning the loss of what would have been a nice evening. Instead, I foresee hours of jaw-clenching frustration.

The problem is most likely that I’m not in the mood to actively practise the Virtues. See, it’s easy to “flow” with the Virtues; things like good behaviour, courtesy, patience, and so on are easy with people you like, or at least with people that do not annoy you. But, as C. S. Lewis says: "Everyone feels benevolent if nothing happens to be annoying him at the moment." Practising such Virtues as patience and friendliness with annoying company takes effort – and effort is not what I had in mind when I was thinking of a relaxing night out in town.

My annoyance, it seems, reveals more about me than about the annoying people. Firstly, annoying people are seldom annoying to everyone. What irritates me does not necessarily irritate you. So apparently annoyance is a preference, similar to a like or dislike in a certain genre of music, rather than a clearly identifiable trouble, for instance an illness. The annoyance, therefore, is more my problem, than their problem. Secondly, few people actively try to be annoying. Most adults, at least, has grown past the phase of deliberately attempting to annoy someone. It is likely that most annoying people are annoying despite themselves. Call it a character flaw if you will; and if so, it is more like an infirmity than a choice, which means there is not much to do about it. Again, therefore, the problem is more mine than it is theirs, since I do have a choice. Being quickly irritable is not an infirmity, it is not an illness – it is something I can work at.

I think I better take a nap now, as I will probably need the energy tonight when I’ll be practising the Virtues. "If you think of this world as a place intended simply for our happiness, you find it quite intolerable: think of it as a place of training and correction and it’s not so bad" – C. S. Lewis.
Posted by Skryfblok at 07:12 1 comment: Links to this post 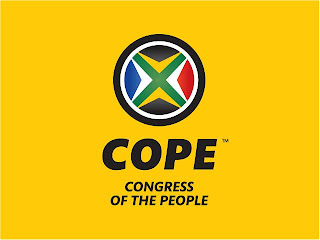 “That won’t work,” she said. “Women always think that they can change a man.”

I had a nice discussion with an elderly friend of mine today. I told her my worry about some women that I suspect are interested in me, but for whom I do not feel the same interest. I mentioned how I did not show much overt attention to them; in the hope that they would get that I’m “just not that into [them]”. Her response was somewhat surprising, and quite enlightening. “Women believe that they can change how you feel, given the opportunity and enough time.”

We did not discuss the success of women in “changing” a man, but it was not necessary. I won’t be changed. I know what I want and what I don’t want in a partner and out of a relationship. Attempting to change my mind is futile.

I just wish I had a nice way of telling them that they are wasting their time.
Posted by Skryfblok at 17:45 No comments: Links to this post 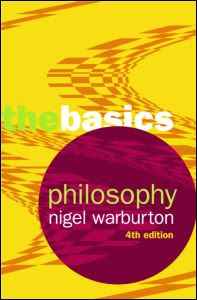 I finished one of my subway-reads a day or two ago.

In 2004 the 4th edition of Philosophy: The Basics, by Nigel Warburton, was printed; and by 2008 it was in its fourth reprint; clearly a good seller. I found it a nice introduction to philosophy covering the prominent philosophical topics: God, Ethics, Politics, Reality, Science, Mind and Art. For each Warburton introduces some of the main ideas and also some common arguments against these ideas (and occasionally counter-arguments against the arguments).

It is definitely a good introductory book to philosophy. It is regretful that an attentive reader is able to infer Warburon’s personal preferences from his writing. This is especially unfortunate for a book of this type – an introduction to philosophy, which I believe ought to be consistently unbiased. While Warburton does supply good arguments for and against the major topics, his writing gives away (although not overtly) his preferences to some ideas.

Philosophy: The Basics is a good introductory book, but for referencing I’d rather consult a Dictionary of Philosophy.

I think my next subway-book will be Die Mugu, by Etienne Le Roux.
Posted by Skryfblok at 17:31 No comments: Links to this post

It seems that my class schedule is settled. I’m teaching five modules this semester:
Of course, I am especially looking forward to the first two, which are literature subjects. I’ve been working many hours already in preparing for them. For the poetry course I’m covering all the great Romantics: William Blake, William Worsworth, Samuel Taylor Coleridge, Lord Byron, John Keats, Percy Bysshe Shelley and Lord Alfred Tennyson (the latter is technically a Victorian poet). Since my class is the first poetry module in the program (second year, first semester), I’ll be focusing on the major poetic devices as well, such as Form, Imagery, Symbolism, Rhythm & Rhyme, Narrator and Persona, Irony, Parody and Intertext, etc.

I think that the British and American Essays module is also going to be an exciting one. We will be reading some of the great essays written in English, both old and recent. Such classics as George Orwell’s “Shooting an Elephant”, Virginia Woolf’s “The Death of a Moth” and “Letter from Birmingham Jail” by Martin Luther King, Jr. will be read alongside modern reads, like Ellen Goodman’s “Company Man”, Susan Sontag’s “A Woman’s Beauty: Putting Down or Power Source?” and the funny Dave Barry’s “Road Warrior”. I’ve selected 14 main essays (one per week), plus an additional eight essays for comparative reading; in all, 22 essays.

I’m also interested in the Essay Writing course. Last semester I taught Basic Composition, which is the springboard for this Essay Writing module. I’m keen to see how the students progress in their writing ability. The Research Methodology is also going to be an interesting course to teach. I’m basically going to tutor the students on writing a proper academic article, starting with finding a topic, practical research, the format of an article and the details of citing sources. While only an hour a week, this is going to be an intense hands-on module. Remaining is the Intermediate Listening & Conversation module. I taught this language skills module last semester and feel quite comfortable with it; however, we’ve decided to try out a new textbook this semester. I think this new textbook is much more focussed on Listening and Speaking. The previous textbook was diluted from these objective because it also spent time on the other two language skills, reading & writing, which is better covered in other modules.

So this week is all about preparing for the classes starting next week.
Posted by Skryfblok at 18:18 No comments: Links to this post 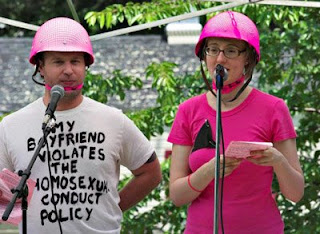 There’s one indulgence every man should try in his lifetime: If you’re straight, sleep with a man at least once, and if you’re gay, don’t go through life without sleeping with a woman. Either way, you might be surprised at how natural it will feel if you can get past the mind-f*** of stereotypes. In the end, it’s just another person that you are relating to in a physical way. – Tom Ford

I wrote before about great Korean dancers. Below is just a random clip of Jin Young Park, founder of JYP Entertainment. I don't know much about Jin Young Park except that he is considered a leader in Asian entertainment. He is a singer, songwriter and producer with JYP centres in Korea, America (Manhattan) and China (Beijing). He is known for his slogan: "We don't make music; we make stars."

Anyway, here's a clip from YouTube of Park practising a routine...

Posted by Skryfblok at 09:24 No comments: Links to this post

I'm back in Korea again. We've started with faculty meetings already. I foresee a busy week in preparation of the classes starting next week.

South Africa was great, albeit somewhat exhausting. If I have time I'll post about it soon.
Posted by Skryfblok at 03:22 No comments: Links to this post 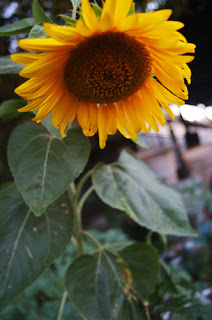 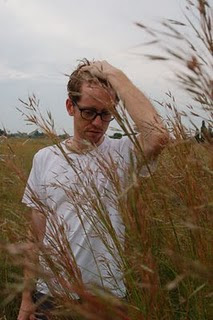 Posted by Skryfblok at 11:01 No comments: Links to this post 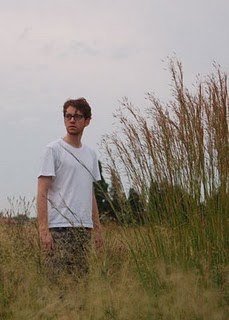 Posted by Skryfblok at 10:59 No comments: Links to this post

A friend and I recently started a resource website for martial arts. The site is still in its infancy-stages, and still needs lots of bulking up and over-all editing. I wrote the main "Martial Arts" article on the landing page, as well as some of the other articles.

It is our aim to make it the most authoritive website on martial arts on the Internet (basically a martial art encyclopedia of sorts). We plan to surpass Wikipedia as the top site when searching for "martial arts" on Google. If you have anything to contribute (essays, articles, ideas), please let me know.

Feel free to visit our martial arts resource website; you can actually help us attain our goal by linking to the site.
Posted by Skryfblok at 10:39 No comments: Links to this post

I'm still enjoying my time in South Africa. It's great seeing family and friends. I'm quite busy with a variety of projects as well. In the meantime I'm also preparing for the modules I'll be teaching this semester; I'm looking forward to it. It's going well.
Posted by Skryfblok at 00:49 1 comment: Links to this post