I flew from Korea to South Africa on December 30, 2016. My planner for January is practically empty, so it is not much of a source for what I did. But photos from my January folder tells a much busier tail. First a quick stop in Hong Kong. I took some really nice street photography. 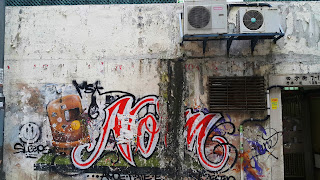 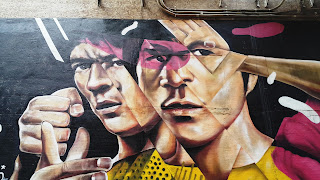 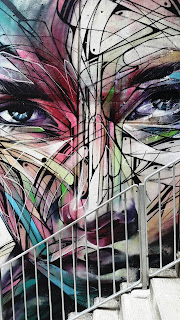 Then time spent with family at my cousin's place on New Year's Day.

I have a few pics of my brother where he still lived in a commune, so that is where I spent part of my time in January, and meetups with other friends and family in the days to follow. By January 5th I'm in Durban. 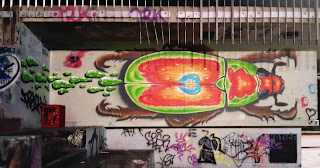 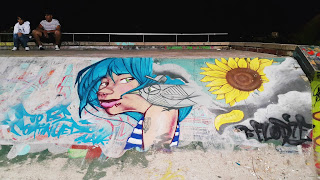 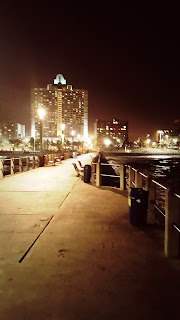 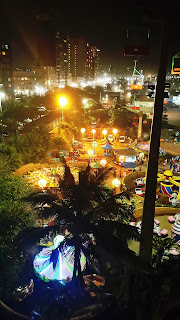 There are also pictures from Pinetown and Pietermaritzburg, including a beautiful monastery that I visited with my bestie. 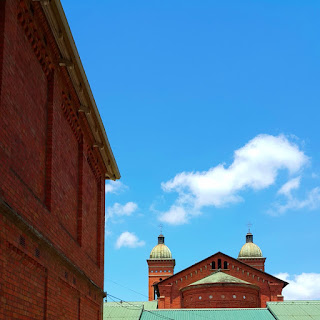 And a visit to the Pinetown Stingers Taekwon-Do Club. 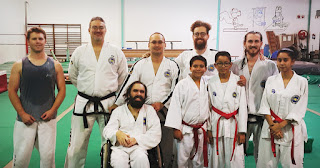 The next set of pictures are of me with my nephews in the Vaal Triangle and other local friends, before pictures of Grey's College in Johannesbug, where I attended a screening of BBC's new Earth documentaries. Followed by pics of my cousin and her husband, and my younger brother and I exploring caves. 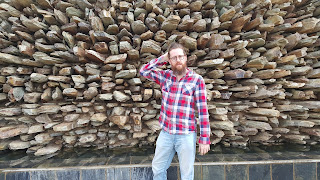 My journey led me back to Johannesburg, to help my brother scout for a place to stay.

Lunar New Year was spent, like the previous year, in downtown Joburg, in Chinatown (around Fox Street 1).

By the end of the month, I'm in Grobblersdal at the Taekwon-Do school to teach some classes. 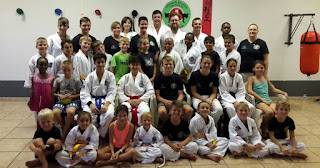 Grobblersdal I journeyed to friends in Potgietersrus, and from there to Polokwane to visit friends further up north, and Tzaneen. Back to Polokwane to quickly see another friend before taking a bus back to Pretoria, in order to attend a family gathering on the 5th. It was a very memorable time for me. Some of the people there I haven't seen in decades.

My journey took me further from Pretoria to Johannesburg and by bus from there to Potchefstroom, which of course included a visit to my dojang there, and visits with several of my friends and some family there. 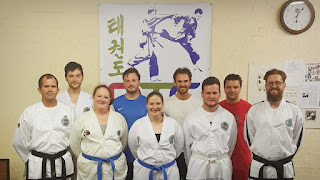 Other photos are evidence of more time spent with my brother in Johannesburg in his new apartment including some local hang-outs, as well as a Hapkido seminar I hosted. This was the first Hapkido seminar in South Africa to be held by the Korea Hapkido Federation, of which I am the representative. 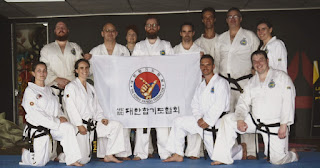 Lots of photos in my folder about Hong Kong follow -- as I had my layover back to Korea again via Hong Kong. I stayed in Hong Kong for about four days.

My digital planner became useful again in March, with several luncheon and dinner appointments with friends and no less than five dance performances listed. It is also the month of my birth, so I had hosted a big birthday gather with friends again.

There are also photos of Taekwon-Do training and homemade desserts. 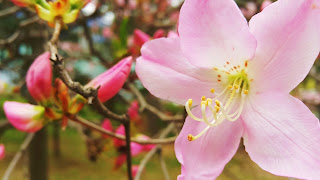 In April I must have had backache, because my planner shows four chiropractic appointments. There are more performances attended and a couple of dates with friends. There are also pictures outdoors -- if I remember correctly I had a little private getaway one afternoon to the river. And the photo folder finishes with pictures in Joenju at the International Jeonju Film Festival.

Photos reveal a visit to a Bhuddhist Temple for Buddha's Birthday. I also went to Asan for the Asan Outdoor Arts Festival, and my first big photoshoot for the year was in May. It was for an Macbook / iMac Pro carrybag.

I hung out with some martial arts friends, and also attended the annual Korea Hapkido Federation's international training camp.

May is also the start of MODAFE (Modern Dance Festival), hence I attended many excellent dance performances. I count around six performances scheduled on my planner.

In June I went to some performances, including combined performance of Taekkyeon and Traditional Korean Dance; I also met up with friends from Japan and Germany, and acquired an antique Korean cabinet. The Korean demonstration team from the North came to the South to participate in ceremonies for the World Taekwondo Championships, during which time I attended to particpate in a Taekwon-Do conference, where I presented a paper. 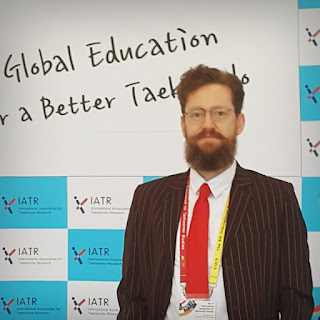 I moved into a little martial arts studio on a roof top. I went to the Seoul Cartoon Museum, the Do-San Museum and took photos of some beautiful buildings in Gangnam. My digital planner doesn't list much for July. I probably spent the first part of it finishing off student grades. There were some art made. 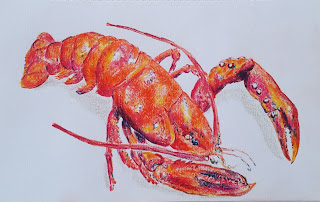 I had an interesting photoshoot for a pet food commercial at a beach, and a camping trip that included kayaking with a friend (at Damyeong Resort), with a trip to a lotus flower park, hanging out with dancer friends, meeting up with a friend visiting from the States, going to a Bangsky exhibit, and a videoshoot in which I'm acting as some craftsman/engineer. It was pretty cool. 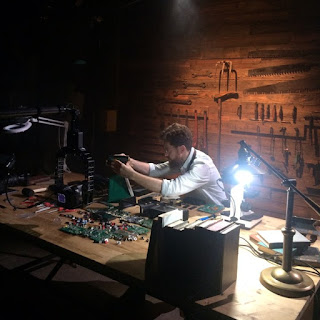 September involved more photoshoots, some performances by friends, and a Radio interview with the K-Pop diva Lena Park. I also notice pictures of at least two art exhibits, and a Taekwondo forum attended. 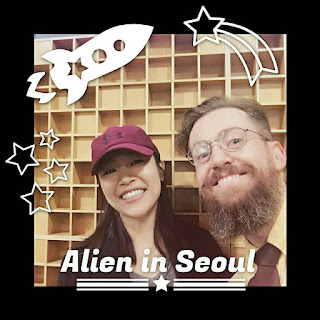 I went to numerous SIDANCE (Seoul International Dance Festival) performances, catching up with some old dancer friends, and meeting a few new ones. Some art was made. And there was even a little dress-up for Halloween. My planner also lists at least three photoshoots. I also participated in a dance performance in which I recited a poem and did some martial arts movements. 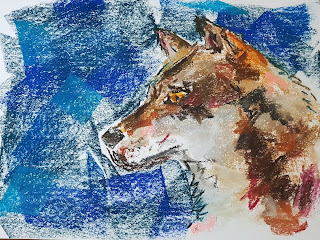 More dance performances, photoshoots, and pictures of fall foliage, and art made. 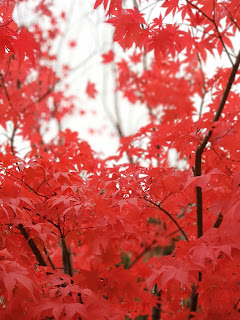 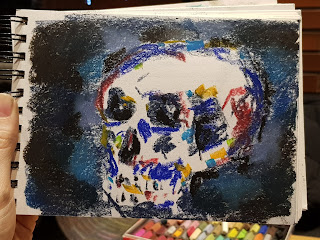 I made this skull drawing one evening after grading a heap of student assignments and feeling that existential dread that teachers around the world knows all too well, when they realise that there are still mountains of more grading to be done.

For November, my picture folder also shows some martial arts photos, training with my students.

December starts with attending the International Conference of Taekwondo, hosted at the Taekwondowon in Muju. I spent some extra time with my friend Dr. George Vitale, who came from the States to be a keynote speaker at the event. The first weekend is a nice couple of days spent with friends and talking about Taekwondo until odd hours of the night. During December I was part of a series of photoshoots for a commercial for Ssangyong's new ranger. It was hard work, but a great experience.

And then I went to Cambodia. I was to chaperone students from my department who went there as volunteer workers at a little school in a rural area. While they continued with their volunteer work, I worked on my students final grades. At the end, we had three days to travel around Cambodia. Unfortunately, I came down with a super bad flu, that involved fealing dreadful and a terribly high fever. I stayed in bed most of the time. We arrived back in Korea on the 29th. I had a photoshoot on the 31st.

And that is a quick summary of 2018. Of course, what's not much touch on are the every day regular work as a literature professor, the Korean language lessons I took, and other things I forgot to document, such as book read, podcasts listened to, movies watched, and so on.
Posted by Skryfblok at 13:01 No comments: Links to this post